Variety has its roots in the entertainment industry, but its heart is in the community.

On October 10, 1927 in Pittsburgh, Pennsylvania, eleven young men affiliated with show business met at the William Penn Hotel for the first meeting of their newly formed social club. The gentlemen decided on the name “The Variety Club” because they represented a variety of facets of the entertainment business. The club received its official charter from the State of Pittsburgh on Oct. 18, 1928.

But The Variety Club’s true calling came a few months later on Christmas Eve, 1928, when the manager of the Sheridan Square Theatre in Pittsburgh found an infant abandoned in the theatre. The baby girl had a note pinned to her clothing:

“Please take care of my baby. Her name is Catherine. I can no longer take care of her. I have eight others. My husband is out of work. She was born on Thanksgiving Day. I have always heard of the goodness of show business people and pray to God that you will look after her. 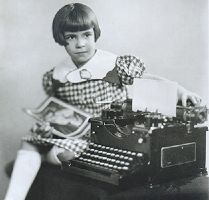 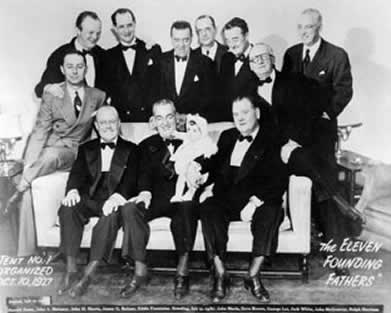 When all efforts by the police and local newspapers failed to locate the parents, the club members decided they would act as 11 “Godfathers” and underwrite Catherine’s support and education.

The little girl, who became the inspiration for Variety - the Children’s Charity, was named Catherine Variety Sheridan, her middle name for the club and last name for the theatre she was found in. Proud that a distraught mother had entrusted her precious child to them, the club members set out to raise money and obtain goods needed for Catherine’s care. The resulting publicity put Catherine’s story and Variety on the front pages of newspapers across the United States. Inspired by Catherine’s story, many other people wanted to get involved, and the members were soon inundated with help, far too much for one child, and thus other disadvantaged and orphaned children became beneficiaries of Catherine’s “adoption” by the Variety Club members.

Today, Variety - the Children’s Charity has a network of 44 chapters in 13 countries, and many millions of individual children around the world, like Catherine, live a better life because of the generosity of Variety’s donors, sponsors and supporters.

Variety - the Children’s Charity of Iowa was founded in 1937. Since the inception of the Telethon in 1975, Variety Iowa has raised more than $123 million to improve the lives of children throughout Iowa.